Adhesive Tapes or more correctly referred to as Pressure Sensitive Adhesive Tapes consists of either rubber based or Acrylic based adhesive material  coated onto a variety  of backing materials such as plastic, cloth, paper and foam.  The most common and widely used tape is Packaging Tape which is used to seal the tops of cardboard cartons, closely followed by stationary tape which can be found in most offices throughout Australia and is referred to as a single sided tape. Other Single Sided Tapes would be Cloth or Gaffa Tape, Duct Tape, Masking Tape, Filament tape and Water Activated Tape. Double Sided Tapes refers to Adhesives Tapes that has Adhesive on both outer surfaces with a foam or plastic film in between giving the tape structure, allowing for items to be stuck or joined back to back. 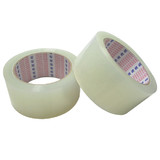 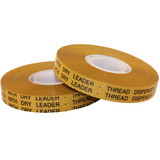